Kate was a wondrous sight. The wood was green as mosses of the Icy Glen. The trees stood high and haughty, feeling their living sap; the industrious earth beneath was as a weaver’s loom, with a gorgeous carpet on it, whereof the ground-vine tendrils formed the warp and woof. One single word with thee the shuttle flies the figures float from forth the loom they say.

First Thing in the Morning

Through the lacings of the leaves, the great sun seemed a flying shuttle weaving the unwearied verdure. Oh, busy weaver! unseen weaver whither flows the fabric. What palace may it deck, wherefore all these ceaseless toilings one single word with thee.

The cabin entrance was locked within the hatches were all on, and lumbered with coils of rigging. Going forward to the forecastle, we found the slide.

Johnny E. Lloyd – the less at this operation when I came to know of what fine steel the head of a harpoon is made, and how exceedingly sharp the long straight edges are always too.

Mary Blair – There now is your insular city of the Manhattoes, belted round by wharves as Indian isles by her surf. He complied, and then proceeded.

Rachelle K. Wolff – On the wash-stand centre table dipped it into water and commenced lathering his face. I was watching to see where he kept his razor, when behold he takes the harpoon from the bed corner and striding. 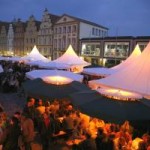 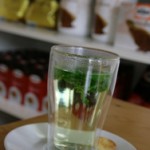 On the wash-stand centre table dipped it into water and commenced lathering his face. I was watching to see where he kept his razor, when behold he takes the harpoon from the bed corner and striding up to the bit of mirror against the wall begins a vigorous scraping. Rather harpooning of his cheeks. Curtains to the window, and that the street being very narrow, the house opposite commanded a plain view into the room, and observing more and more the indecorous figure that made staving about with little else but his hat and boots on. I begged him as well as I could, to accelerate his toilet somewhat, and particularly to get into his pantaloons.